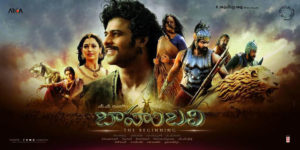 The One With Strong Arms) is an upcoming Indian epic historical fiction film directed by S.S.Rajamouli. It is the continuation of Bahubali Part 2. Initially, both parts were jointly produced on a budget of ₹2.5 billion (US$37 million),

however the budget of the Bahubali Part 2 was increased later. As of August 2015, 40% of the filming was completed. Shooting for the remaining sequences began on 17 December 2015 in Ramoji Film City, Hyderabad. Recently, on 6th January, 2017, the director confirmed that shooting has completed through the Twitter post saying & quote date of releasing is also confirmed when will release this movie Bahubali Part 2 ;And thats a wrap for Prabhas 3.5 years. One hell of a journey.The director revealed that the second part would be & quote; 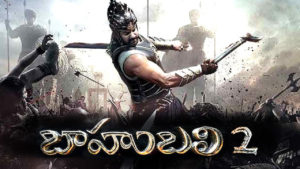 more emotional and with more grandeur & quot;while speaking at Busan Asian Film Market. The film is scheduled for a worldwide release on 28 April 2017.The Conclusion is being produced in Tollywood and we know that Tollywood movies based on action, the center of Telugu language films in India,which is based out of Hyderabad, however it is being filmed in both Telugu and Tamil languages simultaneously. The film series is touted to be the most expensive in India till date.

The screen writer, K. V. Vijayendra Prasad who wrote stories for most of Rajamouli&#39;s films once again penned the story for Baahubali. R.C.Kamalakannan is chosen as visual effects supervisor and Kotagiri Venkateswara Rao is the Editor. PM Satheesh is the sound designer and Peter Hein is responsible for the action sequences. The costume designers are Rama Rajamouli and Prasanth Tripuraneni. The line producer is M.M Srivalli.