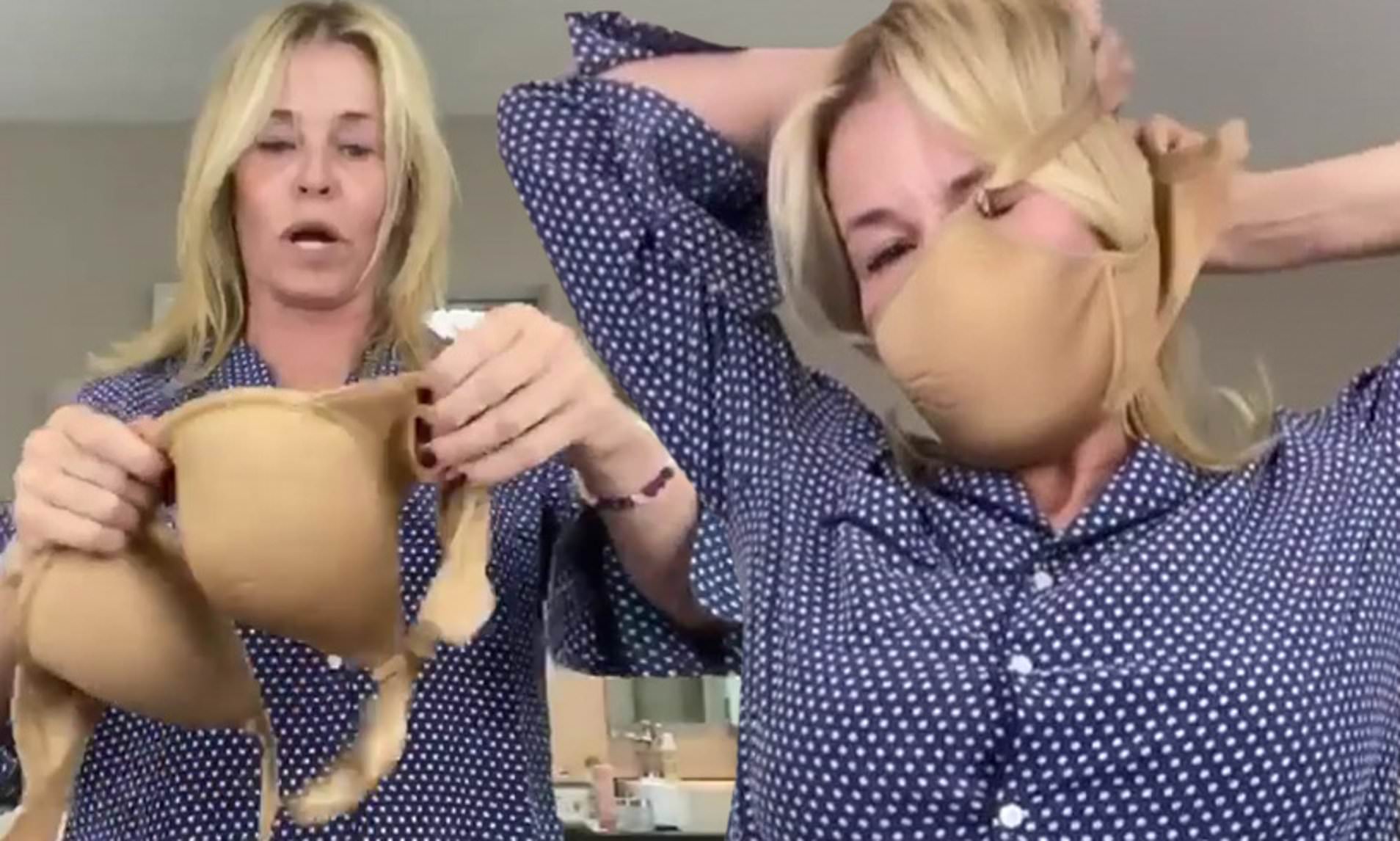 The host,American comedian, actress Chelsea Handler entertains fans by turning the bra into a face mask to avoid contagion,’ by a covid-19. In this time whole world fighting with Corona virus and according to WHO wearing mask compulsory for every person so this time mask shortage. Chelsea Handler post a video on instrgram using bra as facemask.

With the new guidelines from the World health Organization’s Health for all people to use masks or cover their face in public to prevent the spread of the coronavirus, Chelsea Handler, went to Instagram on Tuesday to give you a clue as to how to make a facial mask. “Hey guys, for those of you that are outgoing and in need of a full-face mask, but you don’t have one, you just have to pick up one of your bras if you have big boobs” recommended ” while giving a tutorial. “To do so, and then join them together like this!”, he said.

With masks in short supply, we have to take matters into our own hands. Men included. #corona #diy

Who is chelsea handler?

Chelsea Joy Handler is an American comedian, actress, writer, television host, producer, and activist. She hosted the late-night chat show Chelsea Lately on the E! network from 2007 to 2015, and released a documentary series, Chelsea Does, on Netflix in January 2016.
Handler was born in Livingston, New Jersey, the youngest of six children of Rita (née Stoecker), a homemaker, and Seymour Handler, a second hand dealer . Her American father is Ashkenazi Jewish; her German-born mother, who came to the us in 1958, was a Mormon. Her mother was diagnosed with carcinoma in 1989, and battled the disease for over 15 years before dying of it in 2006 Handler was raised in Reform Judaism and had a Bat Mitzvah ceremony. She summered in Martha’s Vineyard , where her parents owned a house.