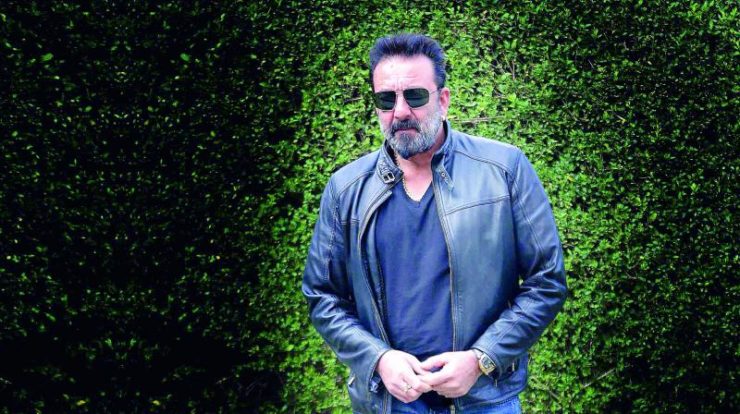 Sanjay Dutt was born on 29th July 1959 in Mumbai Maharashtra. He is the son of Hindi film veteran actors, Sunil Dutt & Nargis Dutt. He became popular for his versatile roles in the Hindi Film Industry. Started acting at the age of 13, Sanjay Dutt has acted in more than 100 films. He was arrested for possessing illegal arms during the 1993 Mumbai Bomb blasts which resulted in 257 deaths and over 700 injured.

1. When Sunil and Nargis Dutt were about to become parents, they put out an ad in the newspaper asking the readers to suggest names for their newborn baby. Amongst all the suggestions that came in, Nargis became extremely fond of the name ‘Sanjay’ and this is when they decided that if they were to have a bab boy, they will name him Sanjay. His given name is Sanjay Balraj Dutt but the world loves to call him Sanju Baba.

2. Sanjay Dutt had his first cigarette when he was just 9 years old. Sanjay’s father, Sunil Dutt would often host parties at the Dutt residence and during those parties, little Sanjay got fascinated by watching people smoke. Sanjay Dutt began taking unfinished cigarettes from the ashtray and this is how he started smoking. Sunil Dutt once found Sanjay smoking in the bathroom after which he took him in a room and beat him with shoes.

3. Rocky wasn’t baba’s debut film. He first created celluloid magic with “Reshma and Shera” as a child artist. Young Sanjay is seen in a qawwali sequence in the film.

4. During the shoot of Rocky, Sanjay Dutt noticed a man who was harassing Tina Munim. A furious Sanjay started beating the person publicly. He later revealed in many interviews, that at the time he was young and extremely protective of Tina. So, he couldn’t control himself when he saw a man harassing her. Later Tina Munim becomes Tina Ambani wife of Anil Ambani.

5. He started taking drugs in his late teens but become addicted after his mother’s death. At the same night when Nargis Dutt died, he drugged himself in the hospital room.

6. Later he joined a rehabilitation center in Texas,US which was recommended by his father Sunil Dutt. He absconded from Rehab and traveled 200 KM from Texas to New York only to meet his friend so he can borrow some money from him and get some drugs. On the way to New York he begged as well.

7. During his time in rehab, Sanjay decided that he will not return to India again but start a business of his own in the U.S. However, his dad insisted that he must give acting another shot and Sanjay couldn’t refuse.

8. Sanju’s Drugs addiction cost him his health and he was replaced in many blockbusters like Hero and Lamhe.

9. Three weeks before the release of Khalnayak in April 1993, he was arrested and charged with involvement in the 1993 Mumbai bomb blasts.

10. US President Barack Obama knows Sanjay Dutt by the name of ‘Munna Bhai’. IN 2004 Dutt and Obama were present at the same event in Chicago. When Sanjay appeared at the event the crowd left Obama and ran towards Dutt chanting, ‘Munna Bhai’.

11. He didn’t have a good personal life. He married thrice.